probe with their lustful

her iced over modesty

standing by reaches out

with a cosmic embrace

have ever so been 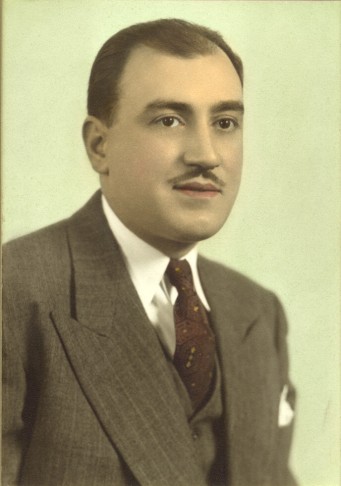 there once lived a man

the only man ever

in the history of popes

of prelates and pilgrims

with stout legs of a horseman

and into the grotto

where he knelt in devotion

mocked by the castoff

so sayeth the scriptures

in the year of our Lord

when I was conceived 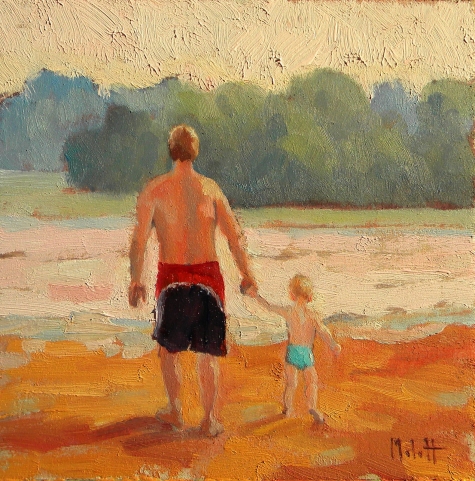 “Father and Son” by Heidi Malott

“The Prodigal” by LEC

(With the approach of Columbus Day, I’m reposting this brief tribute that I wrote for my father in 1994, when he was eighty-five years old. Columbus Day is a revered occasion for Italian-Americans, but it is especially poignant for me and my family. In 1924, it was the day my father arrived in America. In 1974, my son was born on that day. And in 1996, my youngest daughter married on that day.

The photo is from my father’s immigration and transport document. He is in the center, flanked by his younger brothers.

I hope you enjoy this personal indulgence, and break from my usual poetry.)

I write on the eve of Columbus Day, a day with personal meaning unlike mere national holidays, a day for reflection on more than salutary celebration of a new world conceived, a day I respectfully decline to debate of…

the finest exemplars
each of his species
my papa his steed

(Big Boy was my father’s horse. During the 1930s, they served with distinction as a member unit of the Elite Essex Troop, 102nd Cavalry Regiment.) 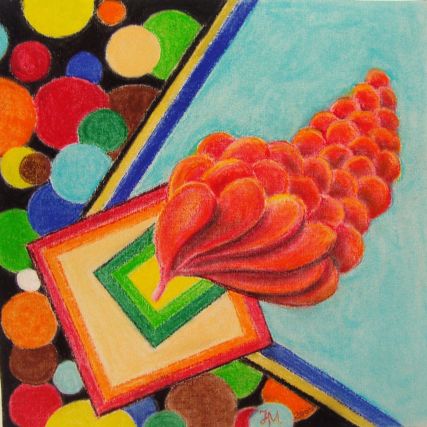 “The Birth of the Idea” by Nina Mitkova

From my book Small Noise