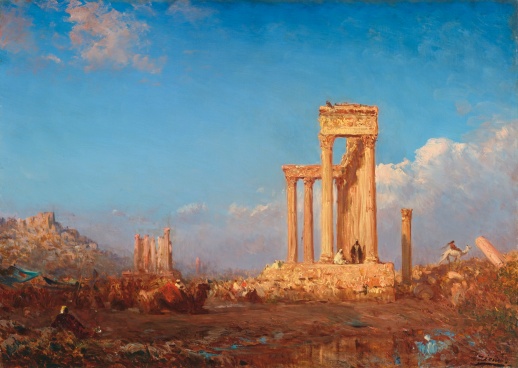 caught in the cruel

in the dawn of his

no model no lessons

of much troubled millennia

brought to their end

erased of all traces

Death on a Beach

My followers will know that I am politically conservative and a hawk on matters of defense and national security. But I do not support the US taking any unilateral military action in Syria.

The tragedy unfolding there is by and large an internal matter and no business of ours. To the extent that Assad may in fact be committing chemical warfare atrocities, the world needs to decide through the authority of the United Nations how best to address, and redress, his crimes. I say that being fully aware that the UN will likely be unable to act because China and Russia seem ready willing and able to neutralize its Security Council. That is one of many reasons why I have no faith whatsoever in the effectiveness of the UN and would indeed prefer that the US withdraw from its membership. But regardless my opinion of them, this current crisis is nonetheless a matter of their jurisdiction, and not ours.

While I have no qualms about either punishing or ousting the Assad regime for gassing his own people, I believe that there will be even graver consequences if the US takes such action. It could easily ignite a regional conflagration that may even envelop Israel, and that would oblige us to more deeply engage war.

I suspect the chemical weapons in Syria include some or all of the WMDs that Saddam Hussein moved out of Iraq in anticipation of our invasion. If Assad is ousted, it seems more than likely that elements either comprised of or allied with Al Qaeda will fill the vacuum. At the very least, a new regime will be of decidedly anti-American ideology. And they will inherit those WMDs, to our and Israel’s inevitable peril. Similarly, even if we don’t bomb Syria and instead more aggressively support the rebellion with arms and other material support, we will merely have succeeded in strengthening those anti-American forces. Doesn’t anyone remember that it was the US who gave Osama bin Laden, back when he and the mujahedeen were resisting the Soviet occupation of Afghanistan, all the power he needed to eventually attack us on our own soil?

What’s happening in Syria seems organically connected to the surging Arab spring movements of the last few years. And the outcomes elsewhere have not been in our best interests. Whether or not Assad goes down like Ghadaffi and Mubarik, the region is already more problematic for America. We have to figure out a much more intelligent way to deal with that reality without resorting to further warfare. We have already squandered too much precious American blood and treasure in our Afghanistan and Iraq wars, both of whose results to date have been arguably unacceptable. I, for one, am damned weary of sending our soldiers into sandy harm’s way, even if only at 30,000 feet in a bomber, especially when the potential outcomes are so precarious.

I have already expressed my views to my New Hampshire congressional delegation. Leave Syria alone. Perhaps you might let yours know what you think.

Syrian Rebel in Damascus
Photo by AP
From abcnews.go.com