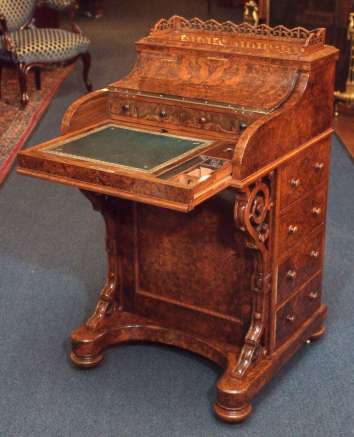 From my books Bohemian Scents and Riverthink 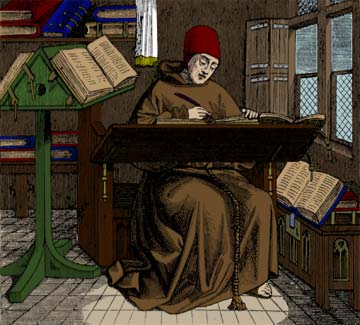 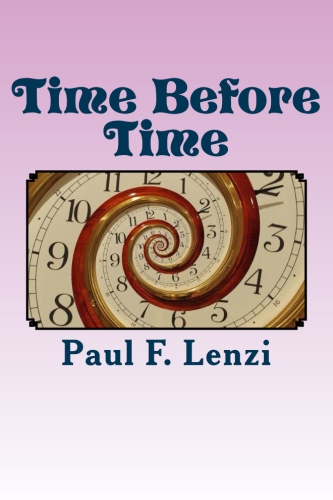 I am proud to say that my chapbook “Time Before Time: Units of When” has earned the top rating of 4 out of 4 stars in the following book review by the Online Book Club.

Words are fraught with power untold;
This we know from books we behold.
But never is such power so strong
Than when unleashed in poem or song!

The chapbook Time Before Time: Units of When by Paul F. Lenzi inspired that simple quatrain from my poetic bosom. I do spout poetry once in a while and thought myself equal to facing this book. Unprepared, I was not. Here’s how to read this book: One, have an unabridged dictionary and Google at the ready. Two, set aside many hours of silent concentration. Three, allow yourself to bask in Lenzi’s heartfelt poesy.

You will encounter 56 poems (55 by Lenzi and one by Yeats), all of them works of vivid imagery. Lenzi’s “Syntax” defines how to enjoy poetry – “guided by feeling/ without need of knowing.” There are no right or wrong interpretations. The shortest poems are three-liner haiku (four of them); the longest (“This Thing of Ours,” a free-form, free-verse piece) has 67 lines. Lenzi declares the central theme as time; it was a challenge to find time in all the verses. Then it dawned on me: everything under the sun is a function of time! The poems crudely fall into various sub-themes: e.g., growing-old time, getting-sick time, olden times (history), travel time, and even cooking time and chow time.

Next to the Preface, the book features “The Second Coming,” an oft-quoted poem by William Yeats and a personal favorite of Lenzi. It was written in 1919 in the aftermath of World War I, the Easter Rising and the Russian Revolution. All three are world events that shaped history and yes, time. If I had my way, I would have included Ecclesiastes 3:1-8 (saying there is a time for everything) from the Bible.

The author seems to have a poem for everything. He takes you to Pisa’s “Leaning Tower,” to the mythical world of Arabian “Ubar,” out in space to the red dwarf star “Barnard’s Star,” and inside the sterile walls of an operating room in “Under the Knife.” He bathes you with the wonders of “Midsummer” and extols the beauty of “Leaves.” You meet the young generation in “Snowflakes” and feel the author’s distaste for “A Secular Sect” (the members of Congress) and the “Vermin” of Washington. You ache for those afflicted with “Sciaticam Vehementem” and “ALS” and pity the frail aging in “Sad the Surprise.” You chuckle as you read about a cherished pen (“Meisterstuck”) and the fake nose of Danish astronomer “Tycho.” From now on, thanks to Lenzi, I will await the rain for petrichor and salute my country’s pennon.

There is so much to learn from the man. That is no wonder as Lenzi was schooled in Philosophy, Ethics, and Political Science. He now lives in quaint New Hampshire with his wife of 48 years and boasts of three children and eleven grandchildren. Now past middle age, he suffers the occasional pains and takes the mandatory maintenance drugs. Imagine all the inspiration his experiences (joys, successes, sufferings, worries, etc.) afford him. He has been writing poetry since he retired (as Insurance executive) fourteen years ago, with almost four thousand poems to his credit. (In fact, this is his twenty-second book and the fifth chapbook.) He is a member of various poet societies, a stalwart of Poets for Peace, and a multi-awarded blogger.

In the Preface, Lenzi tells us that he writes in “free form, free verse style, without regard for rules of punctuation, grammar or format.” Indeed, only proper nouns are capitalized, and you see no periods or commas cluttering his verses. This freedom of style adds to the challenge of reading the poems (remember the silent concentration I advised). There are a couple of non-distracting typos: e.g., “Washington” not capitalized, “Johannes Kepler” called “Johan” (his nickname?), and “into to the mists.” But I cannot be sure they are unintended, owing to his heads-up about disregarding rules and the proverbial poetic license. They are much too few and trivial to matter, anyway.

I followed most poems to his blog (Poesy plus Polemics: Words of Wisdom, Worry and Whimsy) and found a work of art (a painting, sculpture, poster, etc., from another artist) accompanying each poem. I only wish those, too, were included in the book; they definitely enhanced my reading pleasure.

I also believe that an index will bolster the book’s likability. There is no apparent order in the presentation of the poems. An alphabetical index of the topics and themes (hashtags in our modern times) at the end of the book would allow readers to quickly navigate to their areas of interest.

I cannot help but give this packed volume 4 out of 4 stars. This book is meant to be savored slowly, bit by precious bit. The wealth of knowledge that I gained is priceless. The emotional highs (and lows) I experienced are memorable. There is lively humor in there, too. I was challenged, I was touched, and I had a great time. I will count this book among my favorites.

Those who wish to enrich their vocabulary, experience soulful poetry and marvel at the vastness of time will do well to get acquainted with this collection. For those who will explore Time Before Time, I offer this advice. Take your time. 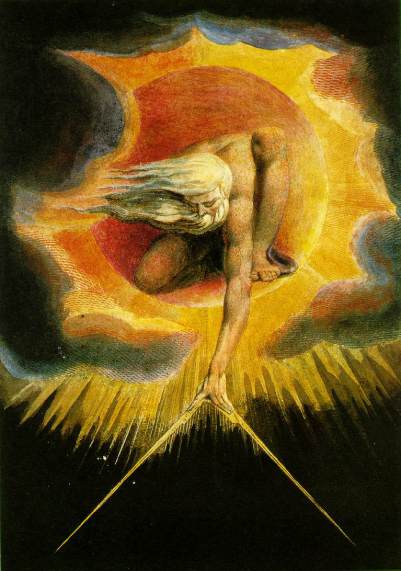 “The Ancient of Days” by William Blake 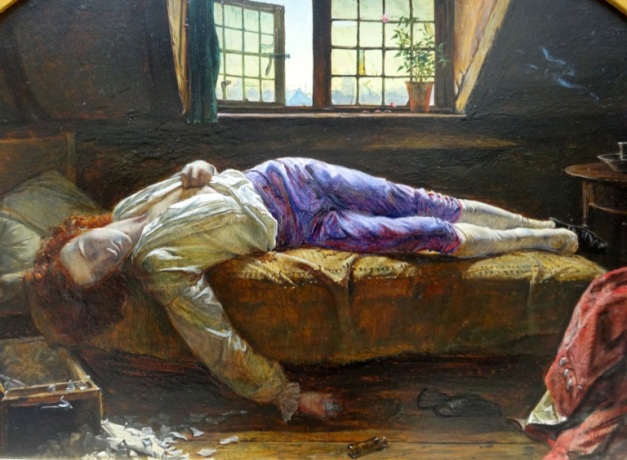 “Death of Chatterton” by Henry Wallis

consumed by the feather-pen fire

destroyed in his very creations

deranged in a beautiful suicide

hearts of the book-in-hand world 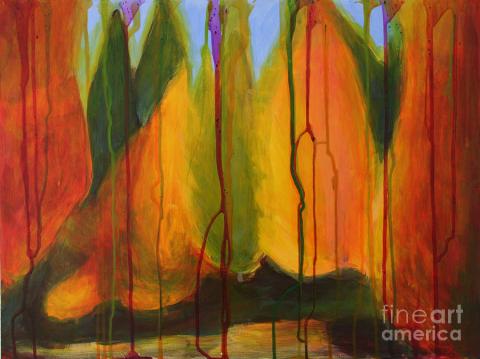 of the October forest

of wisdom attend the next

by laying down lessons

the echoes of speeches

with time blessed with

patience in face of the

buds and blossoms of verse

set to sounds of spring rains 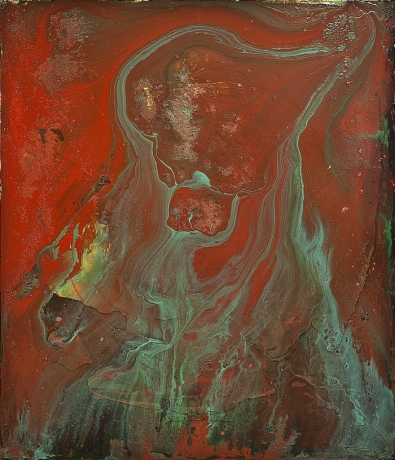 czars chuffed and vying for reign

words pour forth in waves

their appeal to assassins who

to pick off brave soldiers

the audible structures of honesty

of its living and dying

the bayonet nibs of their rifles

to take up retreat

at conventional hearts with

and it’s worth fighting wars

for in death it subsumes and

outlasts all the ink ever written

the free words of free men

all that it needs to

From my books Bullets from Bones and Legacies (vol. 1)

“Sea of Dreams” by Pol Ledent 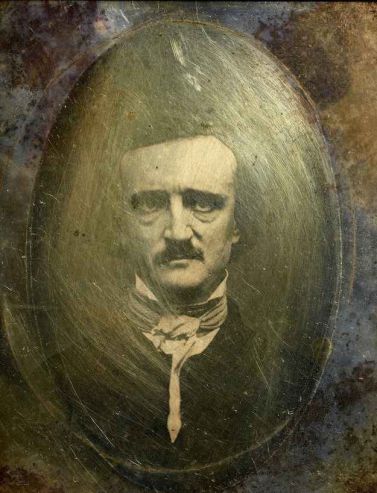 macabre in their telling

until conquered by death

when a rescuing worm

slithered up and devoured

the angelus chorus of

From my books Bohemian Scents and Legacies (vol. 1) 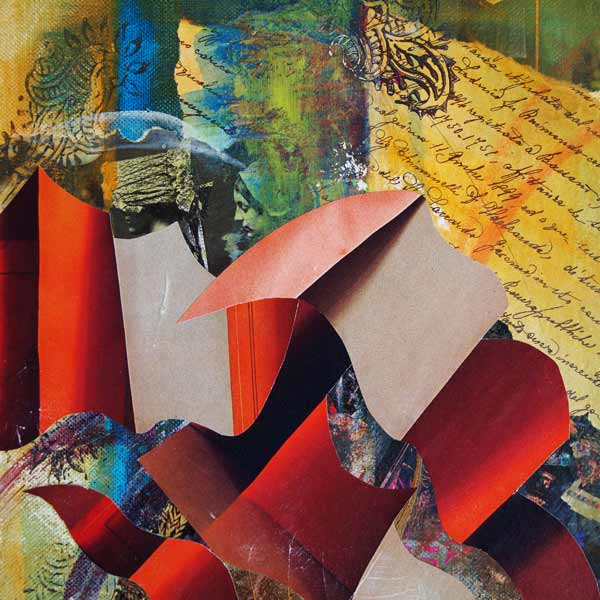 “A poet’s work is to name the unnamable, to point at frauds, to take sides, start arguments, shape the world, and stop it going to sleep.” – Salman Rushdie